How Will Apple Pay Later Influence the Future of BNPL?

Average rating: 4.97
Thanks for the vote!
17.08.2022
5 min
Article content
Do you have a question?
Send your question to the author.
Ask the author 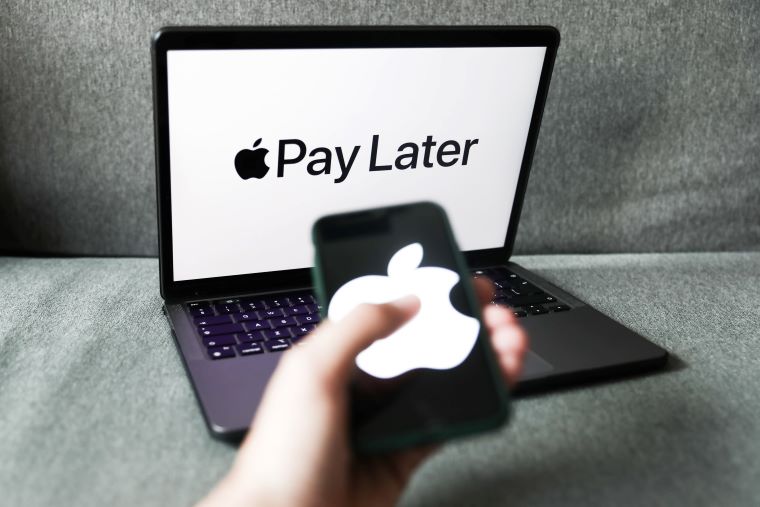 The pandemic has marked the beginning of BNPL’s heyday - the value of global purchases using this payment method hit $120 billion in 2021, four times the amount spent in 20191. Even in post-COVID times, Buy Now, Pay Later continues its growth in popularity across the world, with its market value estimated to reach $576 billion by 20262.

Such a rapidly increasing demand for this payment option has attracted the attention of many companies, from startups to industry giants. For instance, Apple recently announced the launch of a proprietary BNPL system, Apple Pay Later, in 2022. In this overview, we’ll unveil the main aspects of this new service and explain what its integration means for the future of Buy Now, Pay Later.

How Does Apple Pay Later Work? 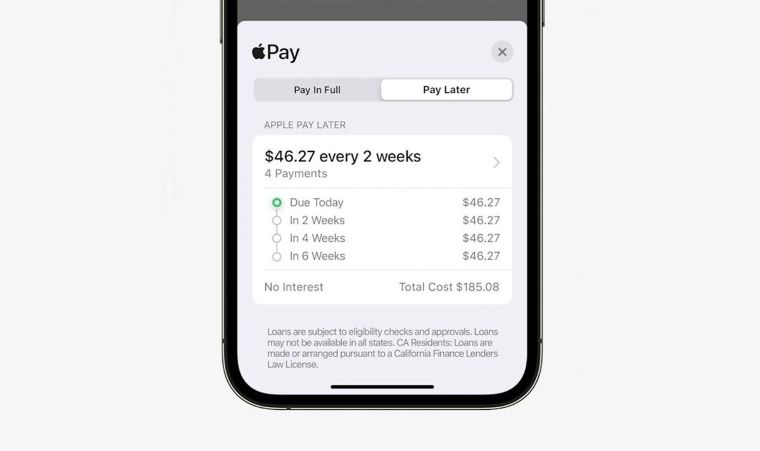 The launch of Apple Pay Later was announced at the company’s 2022 Worldwide Developers Conference, an event that attracts millions of viewers each year.

Apple Pay Later works similarly to any other BNPL service. It enables users to split the purchase sum into four equal payments over a six weeks period, without any interest or fees involved. It’s available for web and in-app transactions when the consumers check out with Apple Pay.

One of the greatest parts of Apple Pay Later is that it’s embedded into the e-wallet, making it easy for people to track their expenditures and upcoming payments. The service works only with Apple Pay and doesn’t require any integration from the merchants’ side. As for the consumers, they will only need to pass a soft credit check and have their transaction history with Apple reviewed.

To facilitate its new BNPL service, Apple has partnered with Goldman Sachs, which will be the one to finance the loans. 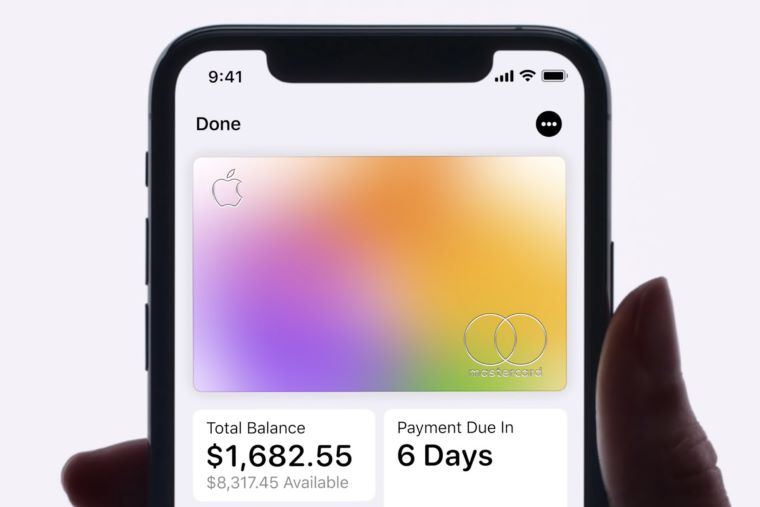 Apple Pay has over 500 million registered users worldwide3. Besides, this e-wallet accounted for a staggering 92% of the US mobile debit wallet market in 20204.

Such a large number of users gives Apple Pay Later a significant competitive advantage in the BNPL sector. What’s more, for consumers who have the Apple Pay wallet, the new service will appear as another convenient payment option as they check out, so it will be very simple for them to try it out.

As more and more Apple clients start using the Pay Later feature, the tech giant’s returns from merchant fees will keep growing. This refers to the percentage businesses will pay Apple in exchange for being able to offer their customers the new BNPL option. The company will also gain valuable data and insights into consumer behavior patterns.

All in all, Apple’s new BNPL service is sure to help the company expand its ecosystem and continue capitalizing on its large audience, brand power, and outstanding consumer experience.

What Does It Mean for Other BNPL Providers? 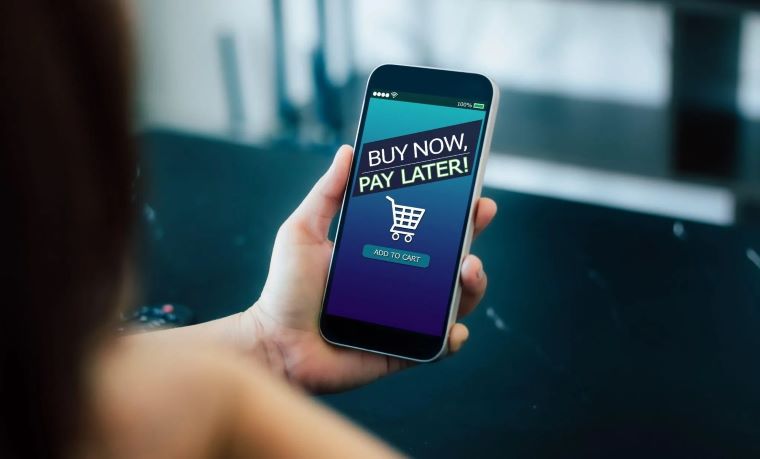 The launch of Apple Pay Later will make the tech giant a direct competitor of FinTech brands like PayPal, Klarna, Block, and AfterPay. Notably, even after the announcement of the new Apple service, the share prices of some of these companies dropped. But what should the established BNPL providers expect after the service is up and running?

Unlike Apple, the majority of BNPL brands depend on their collaborations with other payment providers and eCommerce platforms. In the event that those partnerships fail, these companies would lose their market share in no time.

However, most experts agree that even though Apple Pay Later will change the global BNPL market, it won’t disrupt the operations of existing companies in this sphere completely. This is due to such reasons as:

With that said, the number of companies offering Buy Now, Pay Later services is expected to drop in the upcoming years due to market changes.

Increasing Competition in the BNPL Sphere 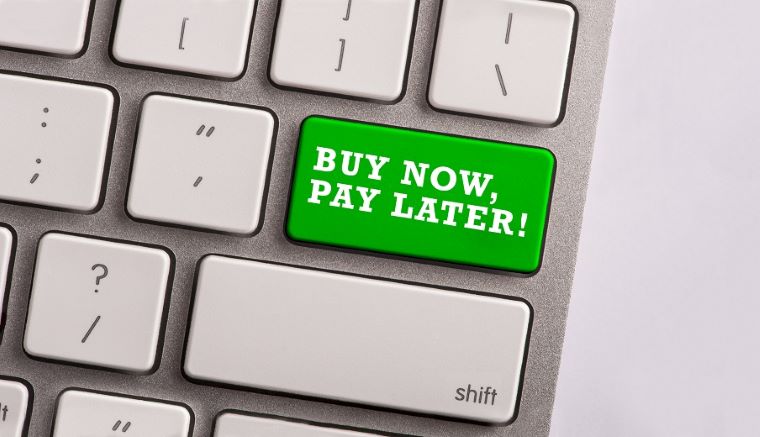 Apple Pay Later is an unprecedented case in the world of Buy Now, Pay Later services that is sure to be loved by iPhone users and merchants for its seamless integration and convenience.

As new players enter the BNPL sector, it will be more and more difficult for both established and emerging brands to stand out from the competition. Experts suggest monitoring the changes in this sphere closely, as we are likely to see some companies leave the market or get acquired by industry giants. Make sure to check out our blog regularly to stay tuned!

eCommerce sales boomed in the past few years, with the online share of total spending globally increasing from 10.3% in 2019 to 14.9% at the peak of the pandemic in 2020. Such rapid growth of online sales has transformed the landscape for retailers and raised the need to implement optimized payment solutions.

Payment processing as we know it today hasn't existed in this form for long. What's more, it continues to develop rapidly; hence we can expect many exciting innovations and changes ahead.

What Is Card-on-File and Why Do Businesses Need It?

Merchants nowadays are continuously searching for ways to streamline the payment process to cater to customers who appreciate shopping with speed and convenience. While there are multiple ways of achieving it, card-on-file (CoF) transactions remain one of the most effective tools to optimize the checkout process and boost sales.