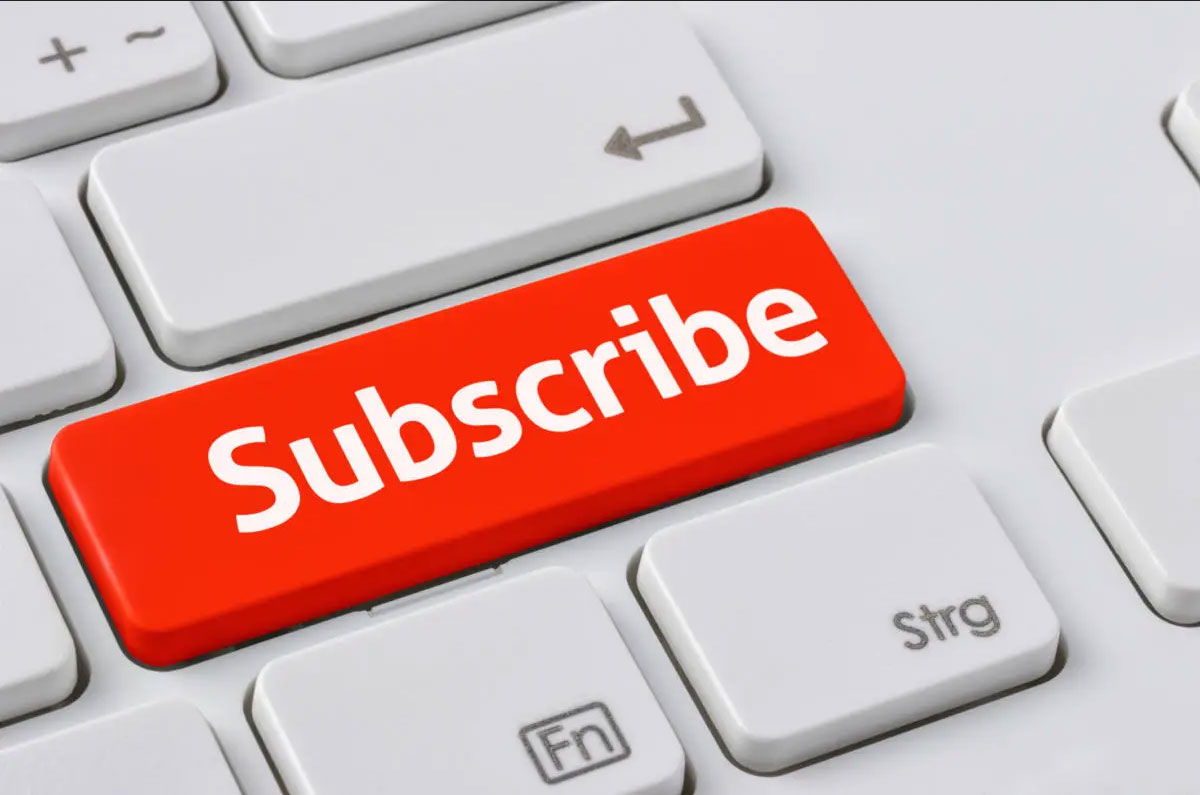 The subscription payment model is adapted by more companies these days. What’s the secret behind this uproar? Let’s investigate

It seems like a one-time purchase is becoming an anachronism. It’s never been easier to access digital content and physical products than today. All thanks to a myriad of shops and services.

Naturally, they compete. Naturally, they seek for creative ways to attract clientele. And naturally, subscriptions prove to be an ultimate weapon in this “race of arms”.

Here’s why the subscription model is so good: it allows a larger number of consumers to explore your brand immediately. Right this very second.

The idea is close to the installment payments.

Rather than painfully saving up enough money to buy a telescope with a good aperture or a 55-gallon water heater, you can get the desirable item right now.

And who said that the same concept cannot apply to services and consumables? We’ve prepared 5 cases of companies successfully adapting the payment subscription model.

Bark is a go-to place when you need some delicious dog food or a squeaky rubber toy.

They have been using the subscription model for years now, increasing their sales by 70% in the span of just two years: from 2017 to 2018. While the client retention rate is near 95%.

The company started off by selling dog toys from third-party brands Later, they began making their own toys for tail-waggers, exploring the feedback they’d receive from customers.

At the moment, Bark has 2.1 million subscribers and is present in 23,000 physical locations. This case proves that the subscription model and traditional sales can effectively co-exist.

Home of Photoshop, Adobe offers a constellation of apps to produce content. And while being rich in features, these apps are pretty pricey as well.

The subscription deal changed it all. Now, instead of “coughing up” $239 for Adobe Premiere, subscribers can stick to just $21/month.

Or they can claim the whole of Adobe’s arsenal — from Photoshop to Acrobat — by paying a $60 fee monthly. Instead of shelling out $1,299 upfront.

This maneuver was successful. Now, an army of beginning creators, freelancers and start-ups would prefer getting the software legally. (Instead of torrent piracy).

First, the lowered initial cost made a top-notch product available to everyone, basically. Cheaper or free alternatives like Pixelmator or GIMP can’t provide a powerful feature palette “married” to a streamlined GUI, like PS does.

Second, pirating software is a painstaking and dangerous process. No one can guarantee that it won’t be lousy with crypto-miners, spy-bots, and other stuff.

As a result, Adobe saw a rise in market cap by 87%. It also won a more predictable profit rate, as fees keep on flowing monthly.

With Masterclass you can learn what it takes to be a leader from Bill Clinton. Or master a few culinary tricks from chef Ramsay. They will teach you almost in person.

While the guru roster is quite impressive — Annie Leibovitz. Neil deGrasse Tyson, Carlos Santana etc. — their precious knowledge is hidden behind a paywall. Which isn’t too high, though: $15/month, instead of the annual $180.

A clever detail about this online course is that it offers more than life-changing lectures and stories from the renowned people.

It also includes an interactive component. Students get feedback on their progress, team up with other students, and can also access all masterclasses for the same price.

The base of the paid subscribers isn’t that large: about 1 million people.

But in monthly payments, it translates to $15 million or the same $180 million yearly. And the lower subscription fee is certainly an extra selling point for the new students. 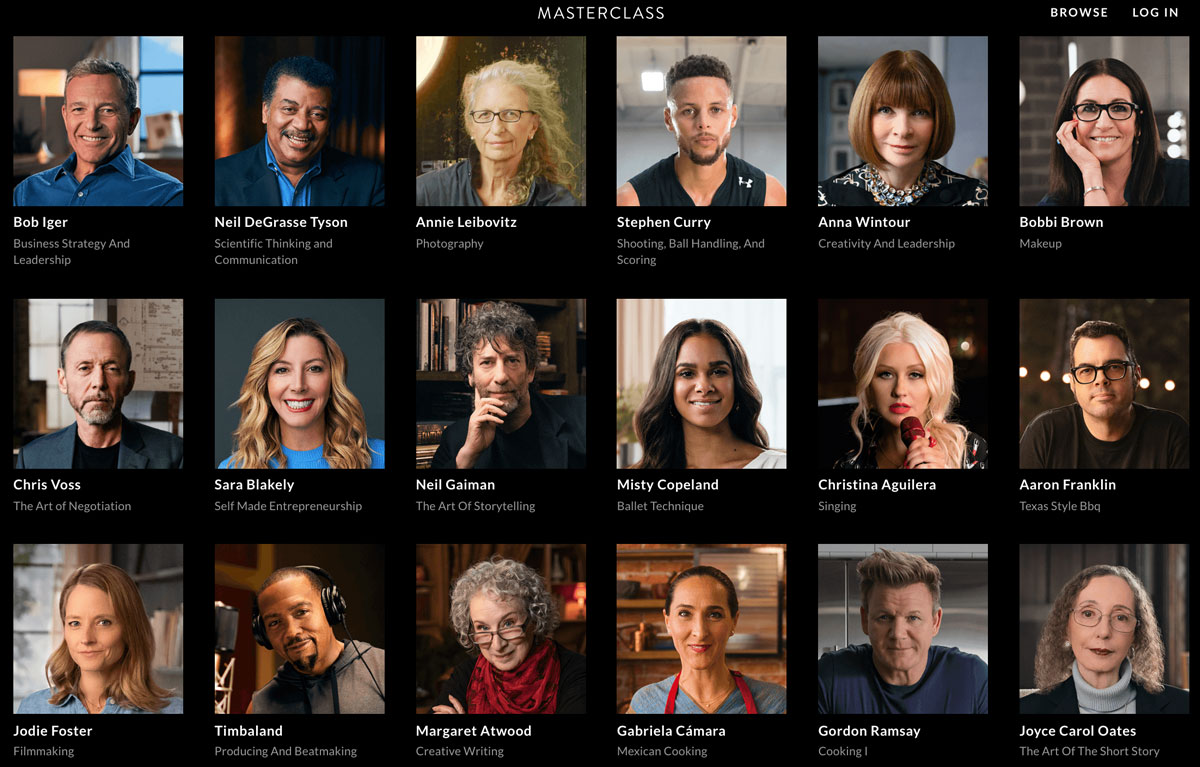 Dog food isn’t the only food you can subscribe to. Soups, smoothies and lattes are also available via this model, courtesy of Daily Harvest.

The startup specializes in organic, healthy and ready-to-consume meals, also offering specialty menus for vegetarians and vegans. It’s all possible, starting at $48 per week.

During the pandemic’s dawn, Daily Harvest had a boost in demand, delivering frozen meals to the “generation that hates to cook”. (Forbes).

Interestingly, the food subscription segment seems to grow. If in 2015 Daily Harvest was a peculiar startup, now it has such competitors as Hungryroot, SplendidSpoon, and others.

Odds are, you have this app on your smart gizmo. Just like 391 million monthly users do. (Statista). Of whom 172 are premium users.

Interestingly, 90% of its profits come from the paid-for accounts, while the remaining 10% are the ads-generated revenue.

For $10, users unlock a number of neat features. Among them are ads removal, high sound quality, and music storing on your gadget for offline listening. Just for 10 bucks, these features seem to be a good deal to millions.

Subscription model might be the future of e-commerce. This is your key to attracting new clientele and winning their loyalty via offering a quality product at a smaller initial price.

Do you have a question?

Send your question to the author.